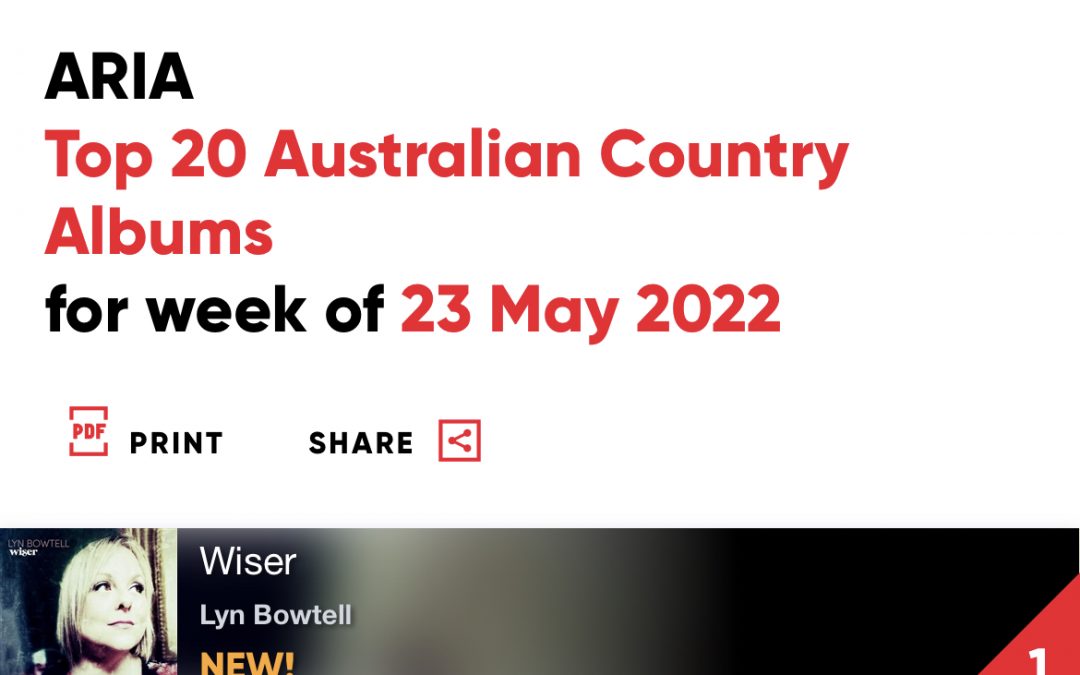 Released on Friday, May 13, it was no Black Friday for the nine-time Golden Guitar winner and supporters rallied to grab their copies of this long-awaited full-length offering.

After reaching her Pozible campaign goal in record time, the Hunter Valley singer-songwriter could feel the love and support for this new Album before it was even released.

“I’m so grateful for the support I’ve had for Wiser and the singles I’ve released so far. To reach #1 on the ARIA Chart is the icing on the cake for an album release I am so proud of. I want people to really listen to these songs and lyrics that mean so much to me.”